Given bound of input and output, whether the neural network model is satisfiable.

Simplex for LRA: The Simplex algorithm proposed here is different from standard version. It is here for being a decision procedure for LRA theory. A configuration of can either be $<SAT, UNSAT>$ or $<\Beta, T, l,u,\alpha>$. $\Beta \sube X$ is called basic variables. $T$ is called tableau, which are a set of equations, $x_i = c_jx_j$, $x_i \in \Beta \wedge x_j \notin \Beta$. $x_j$ is known as non-basic variables. $l, u, \alpha$ are lower bound, upper bound, and real value assignment for each basic and non-basic variables.

Termination: If no bound is violated, SAT. When there is no non-basic variable can be selected to exchange with the basic variable, UNSAT.

ACAS Xu Verification: ACAS Xu is the unmanned variant of Airborne Collision Avoidance System X. Previous certification methodologies included exhaustively testing the system in 1.5 million simulated encounters, but this is insufficient for proving that faulty behaviors do not exist within the continuous DNNs.

Adversarial attack: Let $\delta$ be the fluctuation. $||x - x'|| = \delta \implies \forall y_i, y_i^{'} \ge y_i$ , where $\xi^{'}$ signifies input and output after applying fluctuation. Intuitively, such a constraint asserts that for a threshold of fluctuation $\delta$ , the output would not be affected negatively. If this statement is valid, then the fluctuation applied would not affect the result, meaning that the adversarial attack has failed. With this in mind, we could then leverage the concept of binary search to find the maximal threshold of fluctuation efficiently. 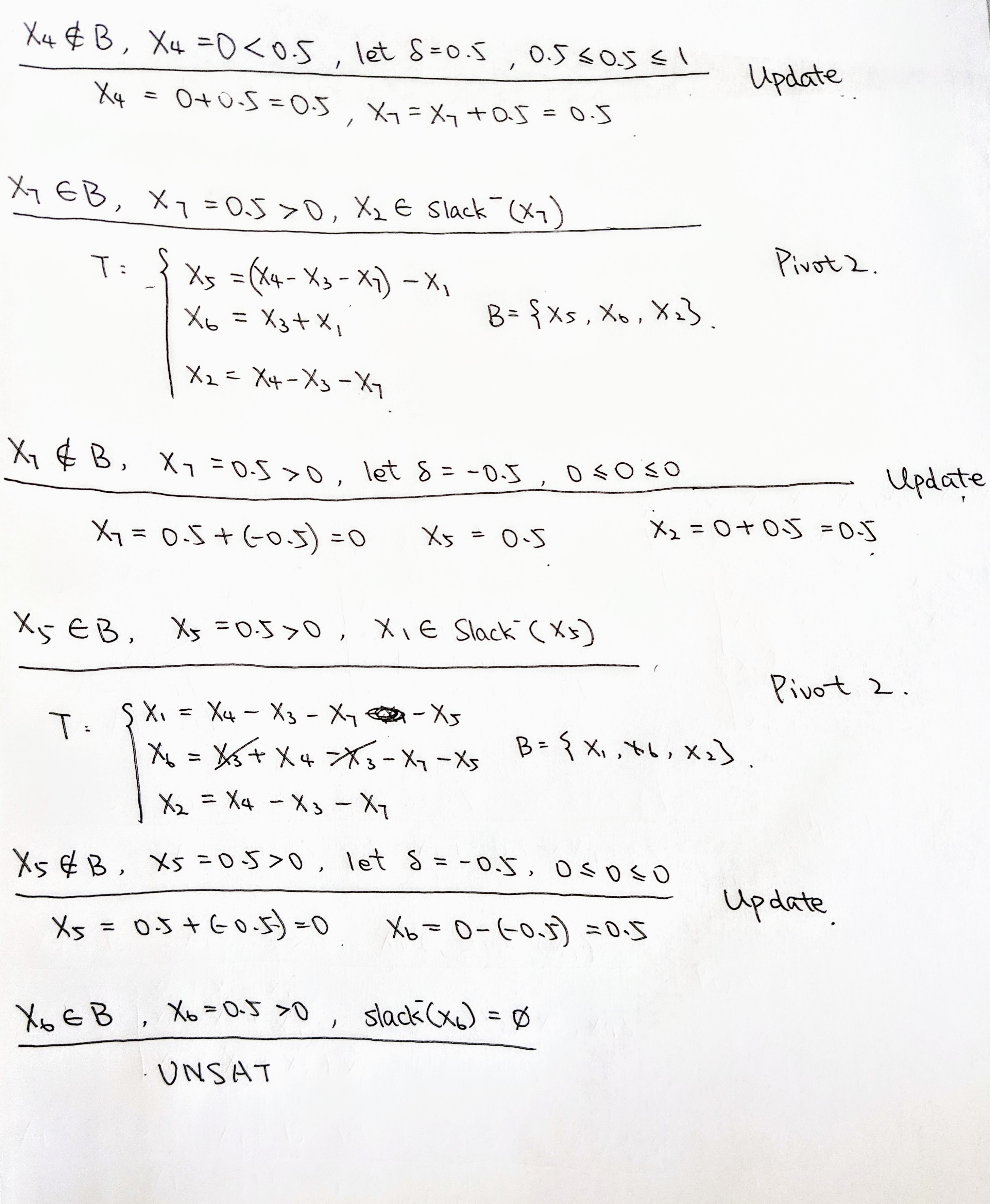 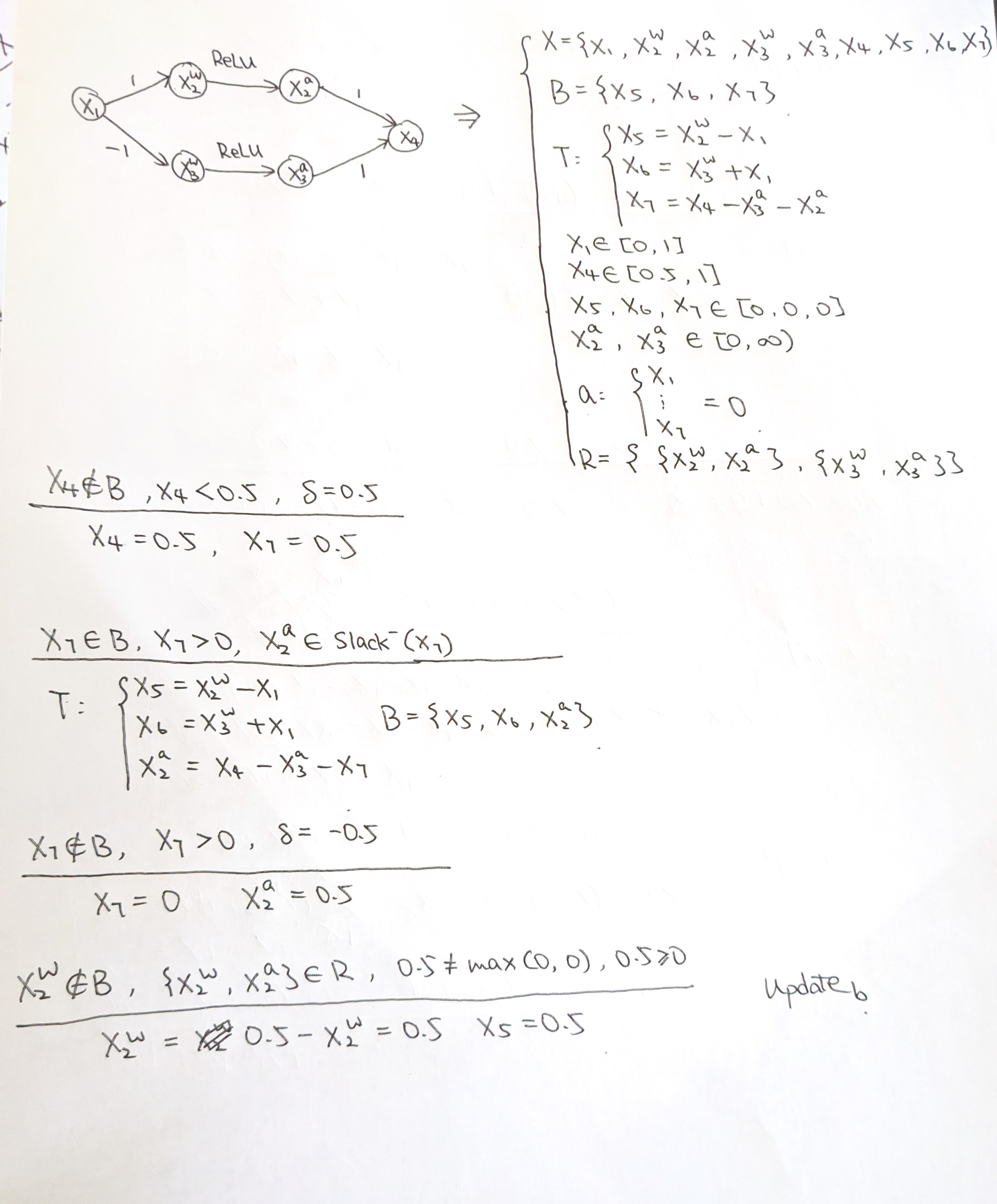 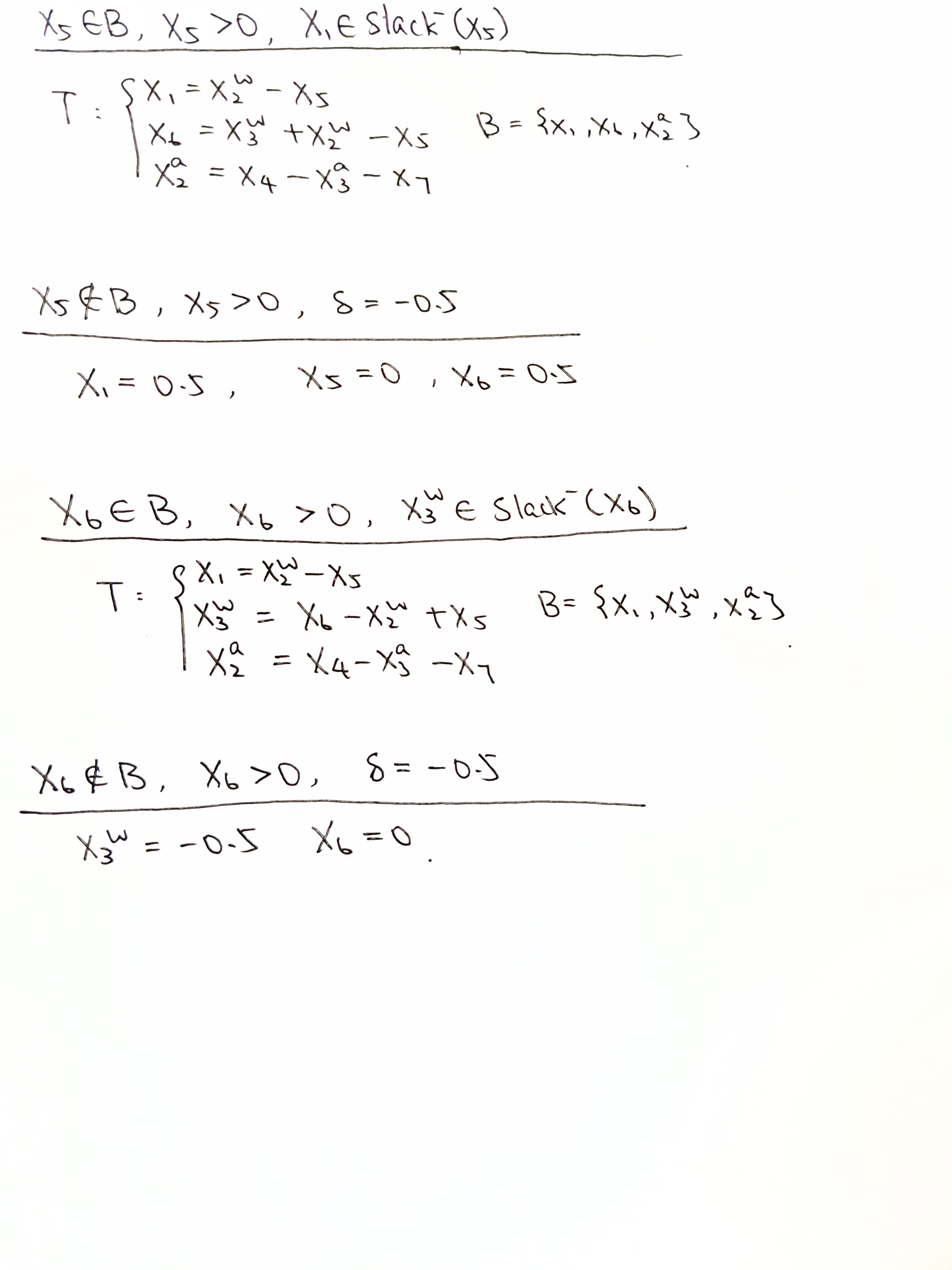